If you need any information about Wide Rapier Loom, feel free to contact us. 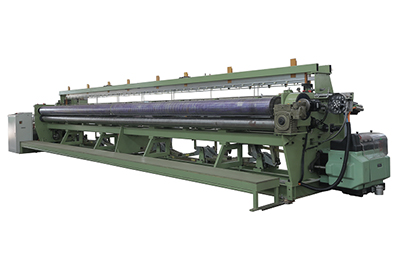 The rapier loom is the most widely used shuttleless loom. It has the characteristics of high speed, high automation and high-performance production of shuttleless loom. Its positive weft insertion method has strong variety adaptability and can adapt. The weft insertion of all kinds of yarns, combined with the rapier weaving machine, also has obvious advantages in multi-color weft weaving, and can produce yarn-dyed products of up to 16 color weft yarns. With the shuttleless loom replacing the shuttle loom, the rapier loom will become the main production machine for woven fabrics.

Between 1963 and 1999, the speed of the rapier looms and the weft insertion rate at the International Textile Machinery Exhibition were greatly changed.

The speeds of Somet, Zell, Picard, Wantus, Dornier and Tsudakoma have increased significantly, and the speed of domestic rapier looms has reached 504r/min.

Efforts to improve the production and running performance of weaving machines, improve weaving efficiency and product quality are the goals of machine manufacturers to participate in the world competition. The rapier loom not only has a great increase in speed and weft insertion rate, but also the width of the loom.

It has also increased rapidly. After years of efforts to improve, the speed and weft insertion rate of the rapier loom has greatly exceeded the projectile weaving machine, but the width cannot be compared with the projectile loom.

We have Copper Wire Mesh Rapier Loom. If you have any questions, feel free to let us know.

Previous Precautions For Weaving And Use Of Paper Dry Web

Next What Should Pay Attention To When Maintaining High-speed Rapier Looms?