What Is A Rapier Loom?

The rapier loom is the most widely used shuttleless loom. It has the characteristics of high speed, high automation and high-performance production of shuttleless loom. Its positive weft insertion method has strong variety adaptability. The weft insertion of all kinds of yarns, combined with the rapier weaving machine, also has obvious advantages in multi-color weft weaving, and can produce yarn-dyed products of up to 16 color weft yarns. With the shuttleless loom replacing the shuttle loom, the rapier loom will become the main production machine for woven fabrics.

As early as 150 years ago, the shuttle looms gradually replaced hand-woven fabrics, when the shuttle looms were twice as high as the hand-woven fabrics. The shuttleless loom began to appear in 1844. The flexible rapier loom began in 1925. After World War II, it achieved commercial production from the 1950s to the 1960s, and gradually made significant progress. At present, the weft insertion rate of the rapier loom reaches 1500m/ Min or above. Up to now, Computer Control Paper Making Rapier Loom have begun to appear, which is more convenient and quicker. 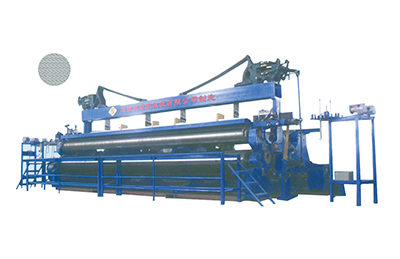 In addition, you should also pay attention when using the rapier loom:

d) Use a weft to drive to find the live yarn, put two weft yarns, fill one weft, put down the take-up struts and start the switch to drive.

The above is the description of the rapier loom. If you are interested in textile machinery, you can contact us. We are a professional Industrial Fabric Loom Factory, we can provide you with various types of textile machinery, welcome your purchase.

Next What Kinds Of Textile Machinery?