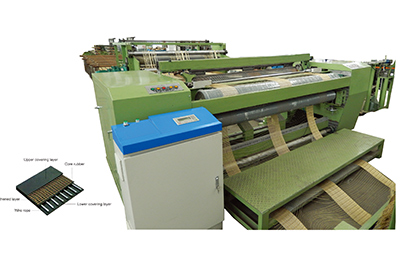 1. During transportation and storage, the conveyor belt should be kept clean, avoid direct sunlight, rain and snow, prevent contact with acids, alkalis, oils, organic solvents and other substances that affect rubber quality, and be 1 meter away from the heating device.

3. During storage, the conveyor belt must be placed in rolls, not folded, and it should be turned once a quarter during storage.

4. The running speed of the conveyor belt should not be greater than 5.0 meters / second, the material with large block size and high abrasion and the use of fixed plow-type unloading device should be used as low as possible. Exceeding the specified speed will affect the service life of the tape.

6. In order to reduce the impact and abrasion of the material on the tape, the feeding direction should follow the running direction of the tape; the drop of the material falling on the tape should be minimized; the feeding port should avoid directly above the roller or idler; The material section should shorten the gap between the rollers and take buffer measures. In order to prevent the tape from being scratched, the contact part between the scraper cleaning device and the unloading device of the blocking device and the tape should be a rubber plate with appropriate hardness.

During the use of the conveyor belt, the following matters should be noted:

(1) Avoid the rollers being covered by the material, causing the rotation to be ineffective, prevent the leakage of materials from getting stuck between the roller and the tape, pay attention to the lubrication of the moving parts, but do not oil the conveyor belt.

(2) Strive to avoid starting with load.

(3) Deviations in the tape should be corrected in a timely manner.

(4) Local damage to the tape should be repaired in time to avoid expansion.

(5) Prevent the tape from being blocked by racks, pillars or block materials, and prevent it from being torn.

The above is the importance of flame retardant conveyor belts in the coal mining industry introduced by Paper Machine Clothing Loom Manufacturer.

Next Talking about the Importance of Paper Forming Net