Rapier Loom is currently the most widely used shuttleless loom. In addition to its high-speed, high degree of automation, and high-efficiency production, it has a strong variety adaptability and can adapt to various types. The weft insertion of the yarn, together with the rapier loom also has obvious advantages in multi-color weft weaving, which can produce up to 16 color weft yarns. As the shuttleless loom replaces the shuttle loom, the rapier loom will become the main production machine for woven fabrics.

As early as 150 years ago, shuttle looms gradually replaced hand-woven fabrics. At that time, the output of shuttle looms was twice that of hand-woven fabrics. The shuttleless loom began to appear in 1844, and the flexible rapier loom began in 1925. After World War II, commercial production was achieved from the 1950s to the 1960s, and significant progress was gradually achieved. The current weft insertion rate of the rapier loom reached 1500m / Above min. 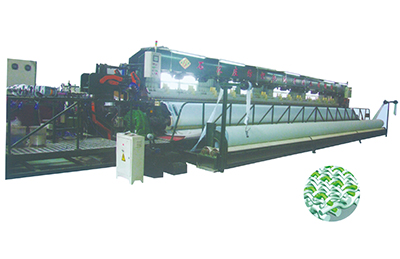 From 1963 to 1999, the operating speed and weft insertion rate of the rapier loom exhibited at the International Textile Machinery Exhibition changed greatly.

Previous What are the Six Major Categories of Textile Machinery? What is the Main Role?

Next Do You Know the Difference Between a Rapier Loom and an Air Jet Loom?