Due to the obvious problems of low weft insertion rate and poor product quality, the Better Cost Performance Wide Rapier Loom is replacing the shuttle loom, and the shuttle loom will eventually be eliminated. According to the different weft insertion methods, theWide Rapier Loom has a rapier loom, an air jet loom, a water jet loom and a gripper loom. In the Wide Rapier Loom, the weft insertion principle of the sword looms was firstly clarified. At first, it was a single rapier, and later a rapier loom with double rapier weft insertion was invented. Since the 1950s, following the rigid sword looms, the rapier looms in the form of flexible, steel belt, bidirectional, telescopic, double-layer, three-layer and so on have been introduced and put into industrial production, especially in good Variety adaptability and widely used in yarn-dyed, towel, silk, linen, wool and other industries, is now developed into a variety of models, a large number of Wide Rapier Loom. In recent years, whether it is international or domestic, the rapier looms are popular among textile enterprises because of their flexibility, variety and variety adaptability. They occupy a considerable proportion in the production of Wide Rapier Loom, and the technology is mature and level. 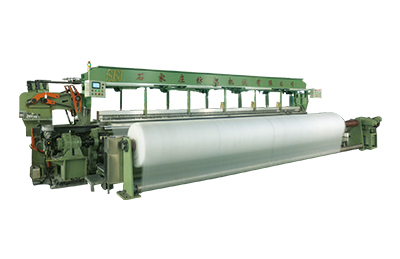