Looms are becoming more and more popular in people's lives, and rapier looms are a kind of shuttleless machines. Due to its good adaptability and low price, the rapier looms have always been in the leading position. It is widely used in yarn dyeing, silk weaving, wool and other industries and is the most versatile weaving machine. So what is the market prospect of rapier looms? The following Industrial Fabric Loom Factory will come to tell you. 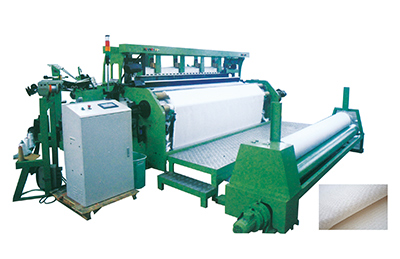 The first is the classification of rapier looms:

When the single rapier is weft insertion, only the long rapier and the sword-sending mechanism wider than the cloth width are arranged on one side of the weaving raft, thereby feeding the weft yarn to the shed to the other side, or by the empty rapier extending into the shuttle. After holding the weft yarn on the other side, the weft yarn is pulled into the shed during the retreating process to complete the weft insertion. When the single rapier loom is introduced, the weft yarn does not undergo the transfer process in the center of the shed, so the weft yarn transfer error and the weft tension peak caused by the handover process do not occur. The sword head structure is simple, but the rapier size is large, and the range is also large. Big. Because of its low machine speed and large floor space, most have been replaced by double rapier.

From the perspective of the current textile machinery market, the rigid rapier loom accessories are relatively small in size, so the footprint is relatively small. The biggest advantage of this model is that it can actively transfer the weft yarn to the weaving mouth. The center does not require any guiding device, but its shortcomings are also very obvious, that is, its width is limited.

In comparison, the flexible rapier loom accessories have a relatively wide width and a wider range of adaptability and use range, and the adaptability is stronger, and the weft insertion rate is significantly increased, so his shortcomings That is to say, in the case of relatively rigid rapier looms, the footprint is slightly larger, but compared with these advantages, it can be ignored.

The above is the analysis of the market prospects of the rapier loom accessories of the Polyester Fabric Loom Factory, hoping to help everyone.